We test both your saliva + hair samples on all common catalysts: Gluten, Wheat, Milk (lactose), Egg, Peanut & Tree Nut, Soy, Sesame, Shellfish & Fish intolerances or sensitivities, and many others...

Below, you can find all items listed that we test for in our most complete and comprehensive Sensitivity and Intolerance Tests. We regularly revisit our test procedure and fine tune to your personal wishes.

All other E-Numbers listed

E102
Tartrazine. Widely used yellow food color. May cause allergic reactions in perhaps 15 percent of the population. It may be a cause of asthmatic attacks and has been implicated in bouts of hyperactivity disorder in children. Those who suffer from asthma, rhinitis, urticaria may find symptoms worsen after Consumption.

E621
Monosodium Glutamate (MSG) Widely used as a flavor enhancer Those sensitive to monosodium glutamate have felt symptoms including pressure on the head, seizures, chest pains, headache, nausea, burning sensations and tightness of face. Many baby food producers have stopped adding this substance.

E621
Breaks the connection between our saturation center in the brain and the stomach so that the brain of the stomach no longer get the signal 'full' and we continue to eat. Monosodium glutamate thus increases the appetite, without the body actually needing food.

A dark blue dye that gives food products a deep blue to yellow-green color. Extracted from coal tar, is very soluble in water and a little bit is enough for a deep blue color. That makes the dye cheap for food producers.

Glucose Fructose Syrup
Glucose-Fructose syrup is a highly refined artificial sweetener that today is the main source of calories in America. It is found in almost all processed foods.

With glucose-Fructose syrup the pounds come faster than with any other ingredient, it increases your LDL ("bad") cholesterol level and contributes to the development of diabetes and tissue damage, apart from all kinds of other harmful effects.

BHA en BHT (E320)
Butylhydroxyanisole (BHA) and Butylhydroxytoluene (BHT) are preservatives that can be found in breakfast cereals, chewing gum, chips and vegetable oils. This commonly used preservative ensures that food does not discolor, changes taste or becomes rancid. It affects the neurological system of the brain, causes behavioral changes and can cause cancer. BHA and BHT are oxidants that form reactive carcinogens in your body.

E220 Sulfur dioxide
Sulfur additives are toxic and in America the FDA has banned their use in raw fruits and vegetables. The side effects include bronchitis, especially for those who are prone to asthma, hypertension (low blood pressure), tingling or anaphylactic shock. It also destroys vitamin B1 and E. Not recommended for consumption by children. The International Labor Organization in America recommends avoiding E220 if you suffer from conjunctivitis, bronchitis, emphysema, bronchial asthma or cardiovascular disease.

E924 Potassium bromate
An addition that is used to increase the volume in white flour, bread and rolls, and is known to cause cancer in animals. Even small amounts in bread can cause problems in people. Can be found in: bread products.

E124
In 1990 in America banned after an eight-year discussion about the use in food and cosmetics. However, this dye is still sold as long as supplies last! It has been proven that it caused thyroid cancer and chromosomal damage in experimental animals, and it possibly also upsets the cranial nerve transmission.

Yellow (E110) and Yellow Tartrazine (E102)
Prohibited in Norway and Sweden. Increases the number of kidney and adrenal tumors in laboratory animals, can cause chromosomal damage.

Can be found in: American cheese, macaroni with cheese, sweets and soft drinks, lemonade and more.

Sodium sulfide (E221)
A preservative used in wine production and other processed foods. According to the FDA, one in 100 people is hypersensitive to sulfides in food. The majority of these people are asthmatic, suggesting that there is a link between asthma and sulphites. People who are hypersensitive to sulphite can get headaches, breathing problems and rash.

E251 Sodium nitrate / E251 Sodium nitrite
Sodium nitrate (or sodium nitrite) is used as a preservative and coloring and flavoring in bacon, ham, hot dogs, meats, corned beef, smoked fish and other processed meats. This ingredient, which sounds harmless, is in fact very carcinogenic as soon as it enters the human digestive system. There it forms various nitrosamine compounds that enter the bloodstream and cause major damage to various organs: in particular the liver and pancreas. Sodium nitrite is widely known as a poisonous ingredient, and the USDA even tried to ban this addition in the 1970's, but that was grounded in by food manufacturers who complained that they had no alternative to preserving prepackaged meat products. Why is the industry still using it? The answer is simple: because of this chemical, meat becomes bright red. It is actually a color enhancer, which makes old, dead meat look fresh and vibrant.

Copper
Because it is such a good conductor of electricity, copper is mostly used in electrical generators and motors

Cadmium
A poisonous metal, can be used in rechargeable batteries

Chromium (Cr)
It is a steely-grey, lustrous, hard and brittle metal which takes a high polish, resists tarnishing, and has a high melting point

Gold
In its purest form, it is a bright, slightly reddish yellow, dense, soft, malleable, and ductile metal

Magnesium (Mg)
It is added to cattle feed and fertilizers. Magnesium hydroxide (milk of magnesia), sulfate (Epsom salts), chloride and citrate are all used in medicine.

Nickel (Ni)
An alloy, used for producing stainless steel. Be Aware: Nickel can trigger skin sensitivity. They can develop itchy rashes around nickel earrings or necklaces

Palladium (Pd)
Mainly used in car exhaust manufacture, but can be found in dental fillings and jewelry

These are the good bacteria found within your gut microbiome. These bacteria can affect your health, minimize illness, and the synthesis of vitamins depending on the different levels. Vitamins are not only obtained through foods, but they are also produced in the gut by bacteria.

These items are listed on your report when they have a value of 15% or less and it is recommended you increase the levels through consumption of the items listed, much like the nutritional deficiencies on the test above.

Streptomyces
Utilised to make antifungal agents and to treat infections.

Bacillus Coagulans
Useful in the treatment of gastrointestinal disorders, such as diarrhoea.
Sources: Fermented foods like sauerkraut, kimchi and yoghurt.

Escherichia Coli
Found in the intestines, helps to treat bowel diseases like Crohn’s Disease, Constipation, Irritable bowel Syndrome, etc. Does not cause food poisoning in its natural surroundings.

Streptococcus Thermophilus
Helps to prevent diarrhoea by maintaining the health of the digestive system. Sources: Dairy products like yoghurt.

Testing your hair and saliva samples can show any hormonal imbalances that are currently present in your body. Not everyone has an imbalance, so don’t worry if only a small number of results are presented here.These imbalances can be caused by a large number of factors including stress, overactive/underactive thyroid, poor diet, being overweight, medication, food intolerances, chemotherapy, puberty, menstruation, pregnancy, and menopause.

If these items are listed on your report it is showing an imbalance and can be alleviated with natural remedies like maintaining healthy body weight, exercise, and reducing stress.

Follicle Stimulating Hormone
Follicle stimulating hormone is produced by the pituitary gland. It regulates the functions of both the ovaries and testes. Lack or insufficiency of it can cause infertility or subfertility both in men and women.

Luteinizing Hormone
This is produced by the pituitary gland and is one of the main hormones that control the reproductive system.

Oestradiol
This is a steroid hormone made from cholesterol and is the strongest of the three naturally produced oestrogens. It is involved in the regulation of the oestrous and menstrual female reproductive cycles.

Testosterone
Testosterone is a hormone that is responsible for many of the physical characteristics specific to adult males. It plays a key role in reproduction and the maintenance of bone and muscle strength.

Thyroid Stimulating Hormone
Thyroid stimulating hormone is produced by the pituitary gland. Its role is to regulate the production of hormones by the thyroid gland.

Thyroxine (T4)
Thyroxine is the main hormone secreted into the bloodstream by the thyroid gland. It plays vital roles in digestion, heart and muscle function, brain development and maintenance of bones.

Triiodothyronine (T3)
Triiodothyronine is a thyroid hormone that plays vital roles in the body's metabolic rate, heart and digestive functions, muscle control, brain development and function, and the maintenance of bones.

Our bodies are very good at self-regulating the enzymes used in digestion; However, when we are sick or regularly surrounded by food and non-food intolerances, we can become unbalanced. This can affect our metabolism and our weight by causing us to store higher levels of fat or by storing fewer elements, which causes less absorption of vitamins and minerals. We have tested your sample against a variety of enzymes and proteins to verify levels in your system.

If your metabolism is unbalanced it will adversely affect your digestive health. Exercise, a healthy diet and living in an environment of reduced stress will help you self-regulate again.

Bile Salts
Bile salts are increased during pregnancy and other times of extreme body stress. It affects the liver and irregular levels can cause bile acid concentrations.

Enterokinase
Enterokinase is a sequence-specific protease found within the intestinal tract.

Lipase
Lipase along with bile from the gallbladder breaks down fats into glycerol and fatty acids.

Pepsin
Pepsin is the enzyme responsible for the digestion of protein. More specifically, pepsin is a protease originating from pepsinogen secreted into gastric juice from chief cells. An imbalance can cause acid reflux.

Trypsin & Chymotrypsin
These two are proteolytic enzymes. Their job is to digest protein in the small intestine.

What we bring to you

We offer you a state of the art customizable food sensitivity test (reviewed and approved by an independent nutritional therapist) to help you feel better again. 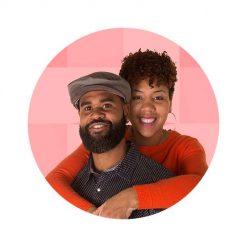 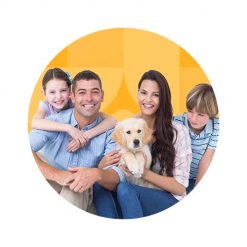 In search of answers?